The Madman From Planet Zatar! 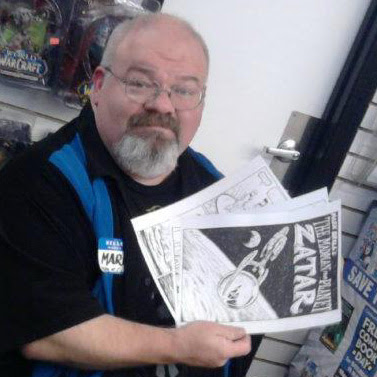 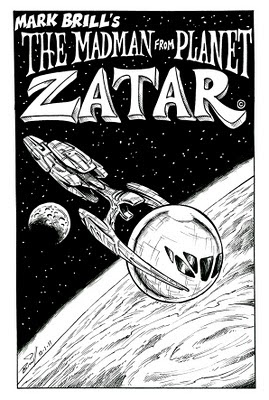 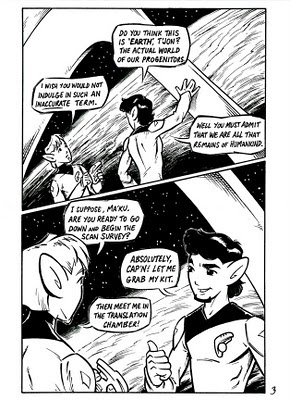 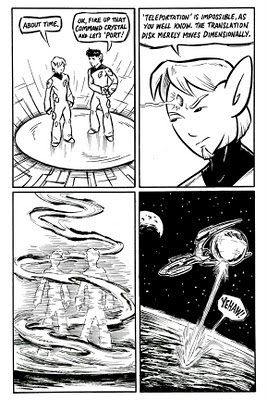 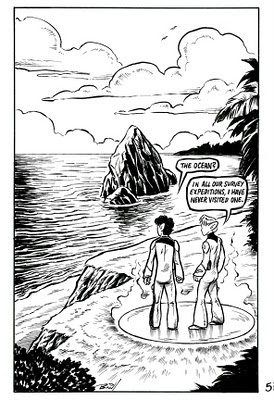 So, Saturday, Oct. 1st was 24 Hour Comic Day! I went into it with the absolute determination that I was going to finish this year! But, I didn't. However, I did beat my total from last year AND I still intend to finish it and get it published.

This particular story has a very sentimental meaning to me. The title may seem a bit cheesy, but that's mostly because my friend Todd and I came up with it when we were 12! The story is based on a 4 minute, spontaneously invented, action-adventure Super 8 movie we made at a Special Effects workshop at Arizona State University!

It's the 35 anniversary of the year we made our miniature epic and I wanted to celebrate it by doing the long dreamed of (at least by me) remake of our movie--which as far as I know, no longer exists ANYWHERE but in my head. Todd and I had discussed remaking it once, back in 1979 when I was in Arizona spending the summer with my mom, but it was never to be.

We lost touch shortly after I went back to Texas and I eventually learned, unfortunately years after the fact, that my friend Todd had died of a rare illness. So I wanted to remake "Madman", not just for me, but for him too!

I used a youthful, cartoony style for my graphic novelization for two reasons: one, because I figured it's be faster. And two, I wanted to pay homage to the two 12 year olds who starred in the original film. ^0^

Several things that will be in the comic reflect aspects of the original film--one was the use of a fish-eye lens for a "feverish" POV shot, to show how insane the 'madman' himself had become. (This was based on the paradigm established by the original Star Trek series.)

Another feature of our play-acting was elaborate stunt fighting. We fancied ourselves as amateur stunt-men and were constantly flipping each other around the playground during 6th grade recesses. We got pretty good at it--although it may account for some of my back problems now.

So this is a portion of my graphic novelization of "The Madman From Planet Zatar"!

I've posted the first few pages, but the remainder will ultimately be used as part of The CLAW's anthology comic book.
Posted by Mark at 2:42 PM